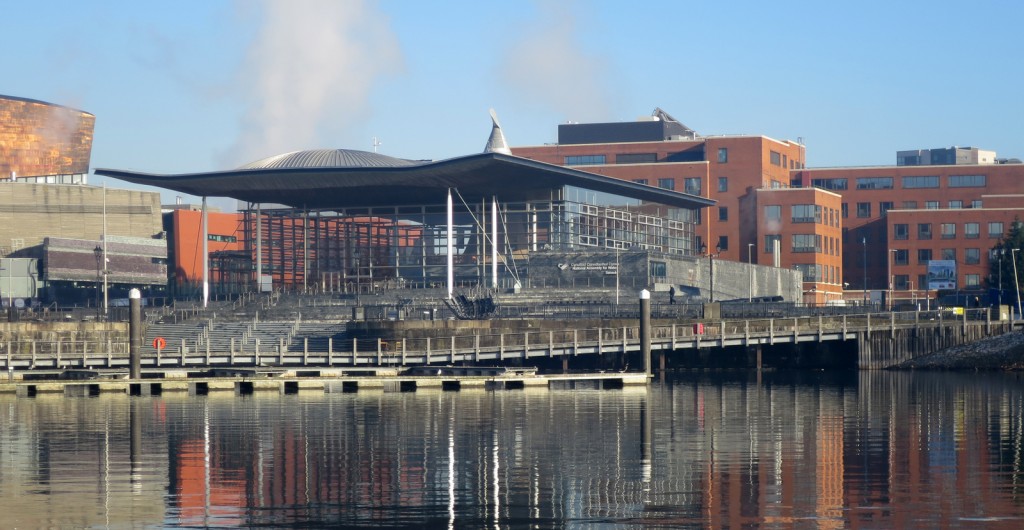 CC image of the Senedd courtesy of Ben Salter on Flickr

In May 2016 Wales will vote to elect its Assembly Members for the next 5 years. Since 2011, Labour have seen a decrease in support across the UK, including Wales – in the General Election they lost one of their 26 seats. Meanwhile, the Liberal Democrats fell from 3 seats to 1 and the Conservative Party made all 3 gains. Plaid Cymru maintained their 3 seats. With these Westminster seat changes, there have also been membership and voter surges for the Green Party and UKIP within Wales since 2011. All of this partnered with the current talks of further devolution to the Welsh Assembly mean that the election next year will be a significant one, and it is definitely not too soon to start thinking about it.

Welsh Assembly Elections are different to General Elections in a number of ways, and in this series of posts I hope to clarify those differences to help people make an informed choice in May.

I’ll start with the electoral system.

In our General Elections, the UK is divided into 650 constituencies all having a broadly similar number of residents, and each of these constituencies elects a member of Parliament by First Past the Post, which is to say that in every constituency, the candidate with the most votes wins that seat. A government is then (typically) formed by the party with the most seats, historically, this has most often been a majority government.

Essentially, this method takes into account seats gained in the constituencies within a region, and distributes the remaining 4 seats in a more proportionate manner. The votes for each party are summed, and divided by the number of seats said party have already gained in the constituencies plus 1. The first seat is then awarded to the party with the most votes after this adjustment. Then the process is repeated, taking the newly assigned seat into account.

So for example, if in South Wales East, Labour had won 7 of the 8 constituencies as in 2011, and the Conservatives had won our constituency – Monmouthshire, assume these (completely fictional) numbers for list votes:

Therefore, the first seat from the region goes to Plaid Cymru, who have the most D’Hondt adjusted votes, with 25,000. This number is then divided by 2 for the determination of the 2nd seat. Giving us the following:

The 3rd seat will go back to the Conservative party, whose total votes/2 is now greater than any of the other parties’ adjusted number. So for our final seat, we’re left with this:

Meaning that the 4th and final seat would go to the Green Party.

Therefore, South Wales East would end up with a total of 7 Labour AMs, 2 Conservative, 1 Plaid Cymru, 1 UKIP and 1 Green. This could be considered a more accurate representation of political views in the region than when we had only the constituency seats. This is known as the Additional Member System. It retains all the benefits of having representatives tied to an individual constituency, while also giving a more representative end result.

Due to the Additional Member System, you should not always vote exactly as you would have in the General Election, as you have 2 votes to use. Your constituency vote can be treated similarly to your General Election vote (though you should check for any discrepancies in their record in Wales – manifestos for the Welsh Assembly Election will be different, and based on devolved issues, a topic I will deal with in a later article). However, your regional list vote is a much ‘freer’ vote. Instead of choosing between two parties, as we are used to in the ‘Monmouth’ constituency, you may vote for a number of parties and potentially make a difference to the outcome of the election. As I indicated above, it is perfectly plausible, if not likely, that the 4 regional list Assembly Members will come from 4 different parties.

In summary, I would advise that between now and next May, you pay special attention to how different parties represent you in the Welsh Assembly, and how some of the less frequently mentioned parties in our area would like to represent you if given the chance.

Your regional list vote is a valuable one – don’t waste it.