The second week of August means one thing and one thing only, it’s time to put on your wellies and hightail it to Crickhowell’s Green Man Festival for four days of music, beer and spontaneous fun all beside the backdrop of the Brecon Beacons’ breath taking landscape. 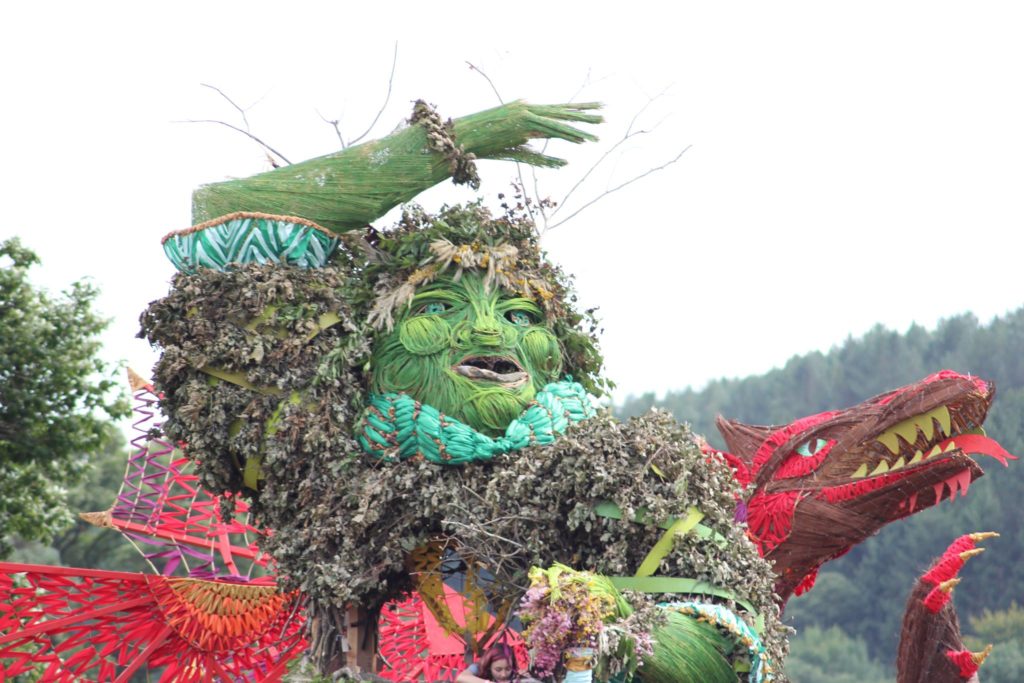 The Green Man watches over the festival site

It’s no surprise that the Green Man Festival has made it to its fifteenth year, and sold out in record time. This year offered a veritable selection of artists from the proudly anti-establishment Sleaford Mods to English music royalty PJ Harvey demanded the Mountain Stage at the end of the festival. 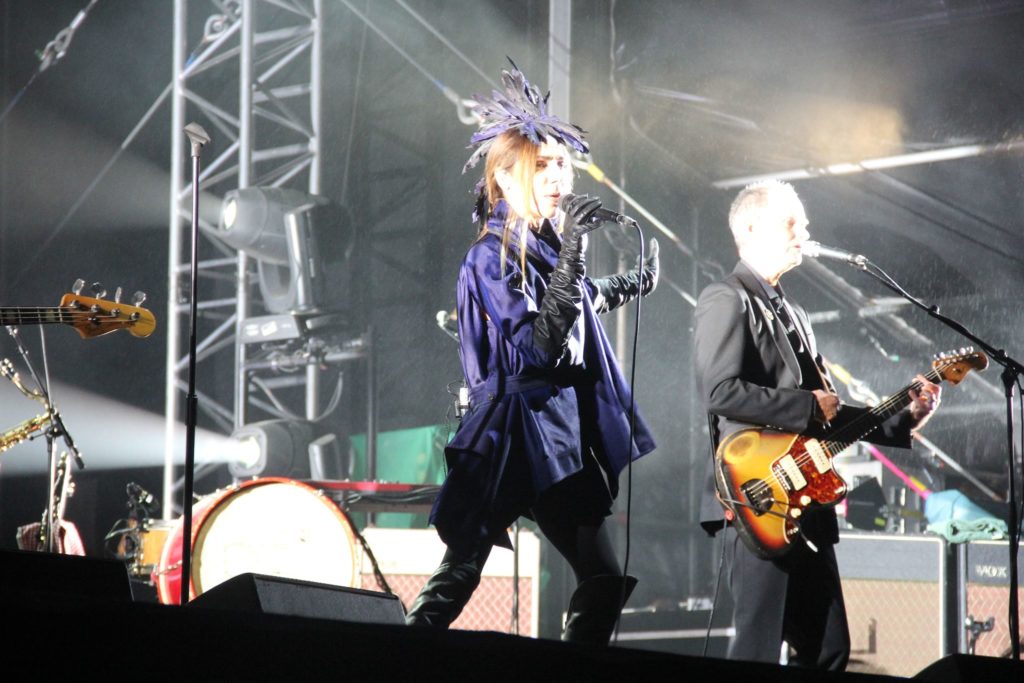 PJ Harvey with John Parish on the Mountain Stage

As always this year brought a generous array of spectacles and artistic flair which makes Green Man feel like one of a kind, from its electronic glowing trees to the Green Man and his bellowing Welsh dragon, the whole festival site was a feast for the eyes and imagination. The Green Man Festival never fails to transport you to an otherworldly place of mysticism and awe as sounds sights and performance unroll before you. 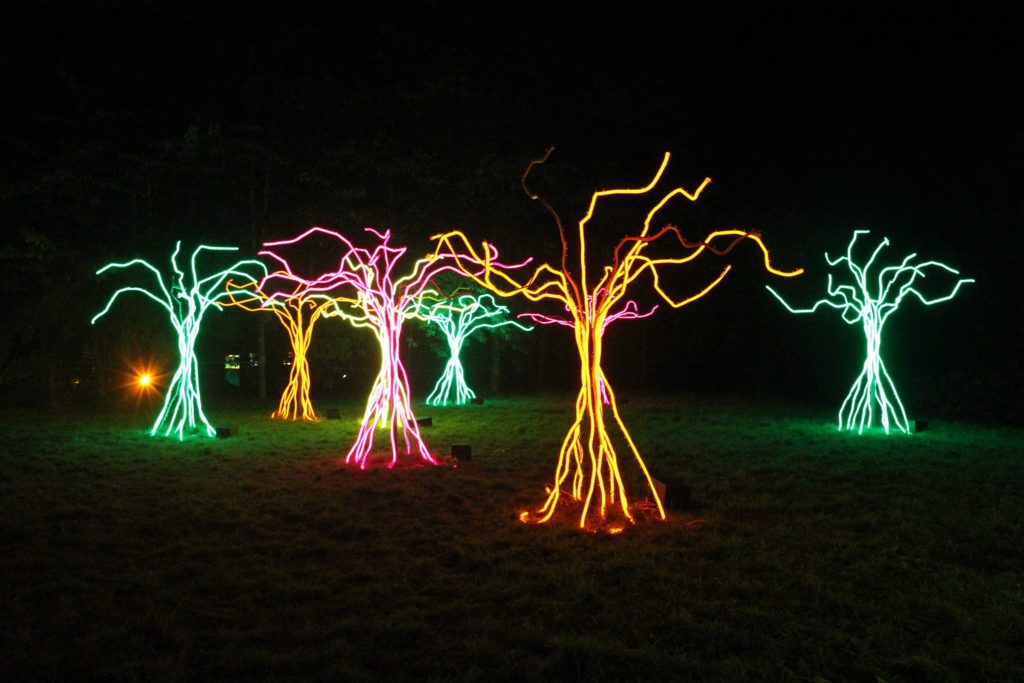 In a true return to form this year’s Green Man saw the return of the procession of the druids who set alight to the giant Green Man sculpture and began the firework display which marked another unforgettable year. 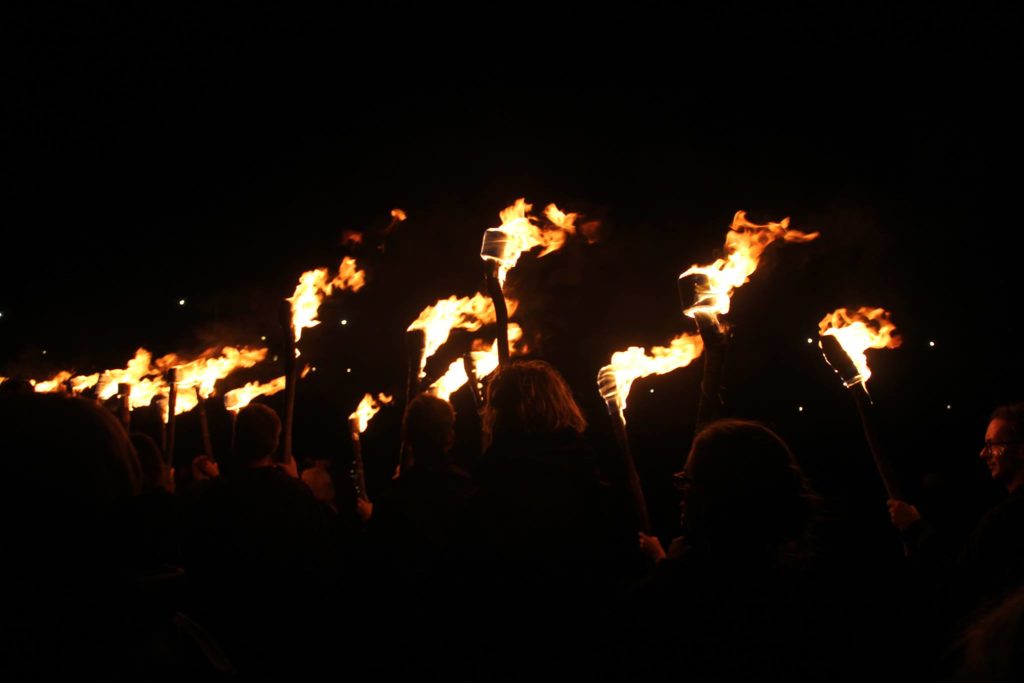 Check out our full after movie for a look at some of our highlights!