Welcome to this week’s look at what’s on in Abergavenny from July 17th – 30th. You can add your own events to our calendar and get featured by filling in our events form.

This course is for beginners to advanced.

The afternoons will be spent painting landscapes nearby.

If students would like to have lunch in the gardens Alison can provide a simple 2 course lunch – usually smoked fish, Walled Garden salad leaves and bread from the Mill, followed by a fruit based desert again using Walled Garden produce, with wine or elderflower cordial. The charge for this is £15.

Students will be responsible for their own transport though car sharing is a likely possibility.

All materials will be available to buy from the shop and a list will be provided on receipt of payment. 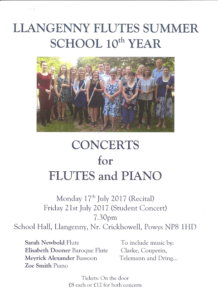 Concerts for Flutes and Piano 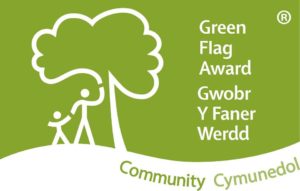 Do you have some spare time and would like to help with one of Abergavenny’s most important voluntary organisations?

If so head on down to Friends of Bailey Park’s annual meeting held on the third Wednesday of every month at the Conservative Club.

Any help is appreciated and provides an invaluable service to our community.

For the latest from Friends of Bailey Park, check out their Facebook page here: https://www.facebook.com/Friends-of-Bailey-Park-467179100154439/ 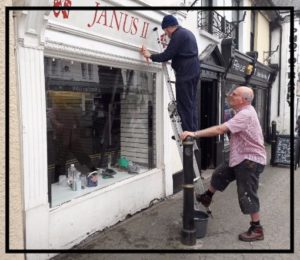 The Friends of Gunter Mansion will be having a formal opening of the Pop Up Display in the old Janus shop building on Friday July 21st, from 5 – 7pm, by the Mayor & Mayoress of Abergavenny, to which all supporters are most welcome.

The Pop Up space will open to the public on Tuesdays, Fridays and Saturdays, from July 14th. The Friends of Gunter Mansion would really welcome some more volunteers to help with running the displays – please contact us on info@thegunterproject.org.uk if you would like to know more.

Come and join us for a fun evening of bingo for all of the family, with prizes for adults and children. Play the main games as well as a cash flier for over 16s and a chocolate flier for under 16s, plus a raffle and refreshments.

We would be very grateful to receive prizes for the bingo and raffle from the public, any new items, unwanted gifts, bottles of wine, chocolates etc. Please contact Cerian Jones at the Labour Club on 01873 853291.

Every Line & Full House has 1 adult winner and 1 child winner – plus EVERY child leaves with a small prize!

This month we are raising funds for the local organisation ‘Abergavenny Crafty Women’. These ladies provide much needed support for ladies and use the therapeutic benefits of arts & crafts to help them through the ‘stuff life throws at them’. 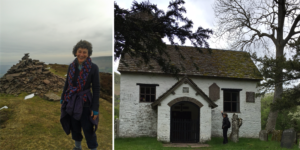 Walking meets theatre in this unique experience from Strolls ‘n’ Stories. Join Jan Little as she takes you on a walk through picturesque Llanthony Valley with stops along the way where Jan will become a character from the past! Through short performances, Jan will share with you the intriguing history of the location. Listen to the boys who saw visions in the fields. See the ruins of the monastery established by Father Ignatius — one of the most controversial religious figures of his time with his strange religious practices. Hear about Eric Gill who developed a commune nearby and had some interesting practices of his own involving his daughters. 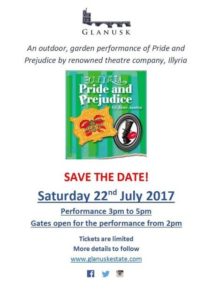 Book your seats for an outdoor garden performance of Pride and Prejudice by renowned theatre company, Illyria.

It’s back! Illyria’s production of Jane Austen’s glorious social comedy attracted sell-out audiences for 4 consecutive years. It toured throughout the UK and Europe, attracted nationwide critical acclaim and at its run at the 2003 Edinburgh Fringe the queue for returns stretched around the block.

In a social whirlwind of balls, dinners and very eligible officers, Lizzie Bennett and Fitzwilliam Darcy stand alone as the only sane people – and they hate each other! Or do they? Can she see beyond his pride, and can he overcome her prejudice, in order to achieve their mutual happiness?

If your idea of Jane Austen is costume-drama, empire-lines and tea-parties, then this sparkling adaptation, based entirely on the original novel, is something to make you change your mind. Bring a picnic and have a ball as the irrepressible Illyria sharpen their claws to bring you Jane Austen at her vibrant, pacy, forthright, bitchy best!

Gates open for the performance from 2pm.

Illyria tours top quality open-air theatre to the most prestigious and stunning locations throughout the UK and beyond and we are delighted they will be performing Pride and Prejudice at Glanusk. 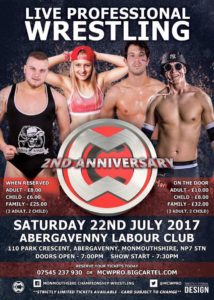 Join us for the 2nd Anniversary of Monmouthshire Championship Wrestling.

Family Fun with a full sized ring! Meet the wrestlers and enjoy a range of matches.

Tea, coffee and cupcakes available at the interval. 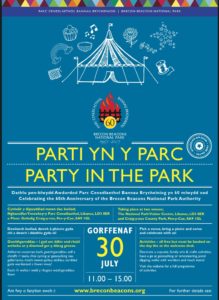 Party in the Park

Party in the Park celebrating the 60th Anniversary of the Brecon Beacons National Park Authority.

Pick a venue, bring a picnic and come celebrate with us!

Activities – all free but must be booked on the day at the welcome desk.

Decorate a cupcake, family arts and crafts activities, have a go at geocaching or orienteering, pond dipping, walks wit wardens and much more!

Visit the website for a full programme of activities: www.breconbeacons.org

Recurring events and activities in Abergavenny: 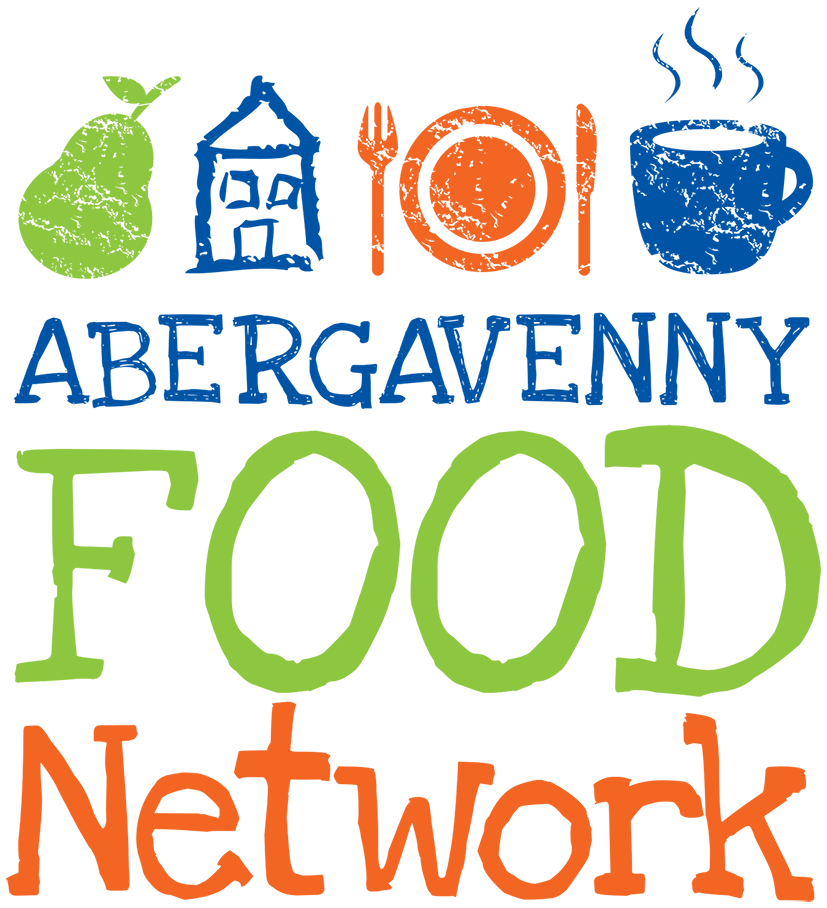 Pop-up cafe every Monday 10-2pm at Abergavenny Community Centre. Proper, wholesome nosh, at a price that suits your budget. Sit in or take away. 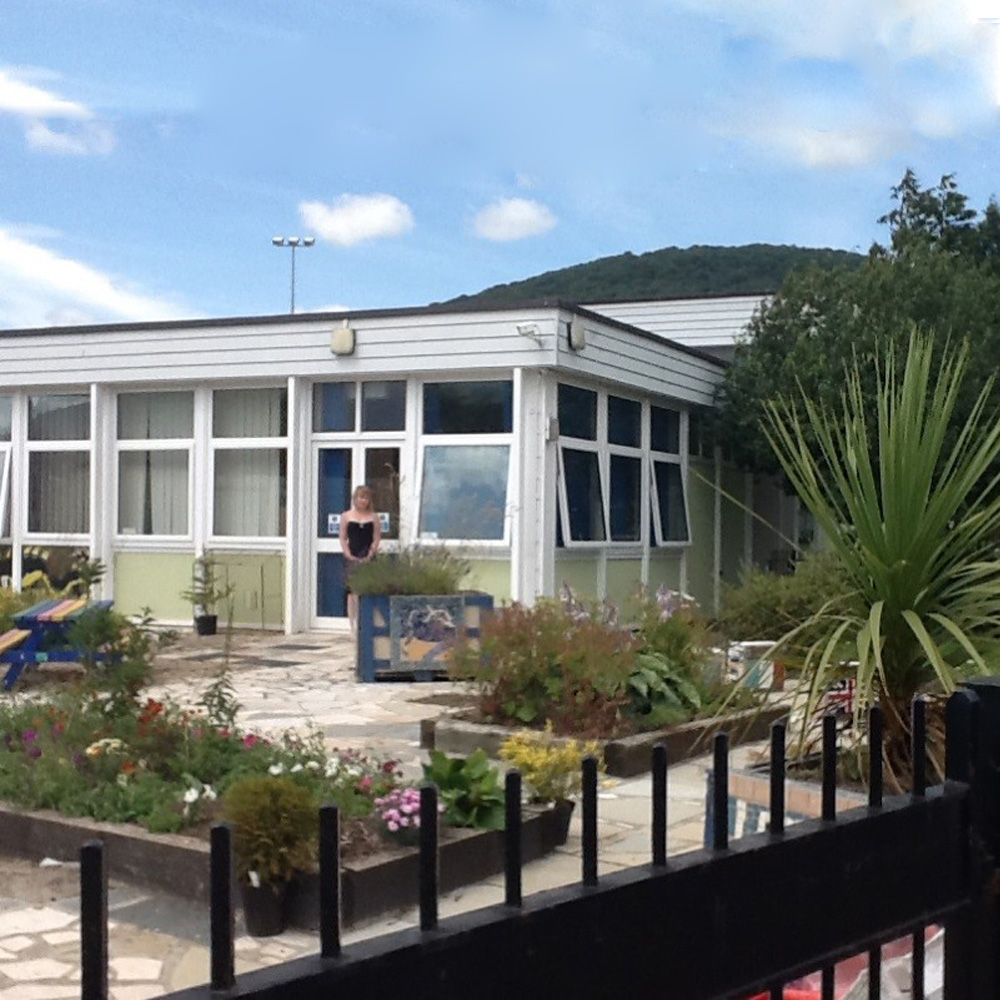 Drop in for help and support with:
Creating an email account, registering and using Universal Jobmatch, CV writing, searching and applying for jobs online, covering letters for job applications, Form filling and letter writing and advice on qualifications and available courses. 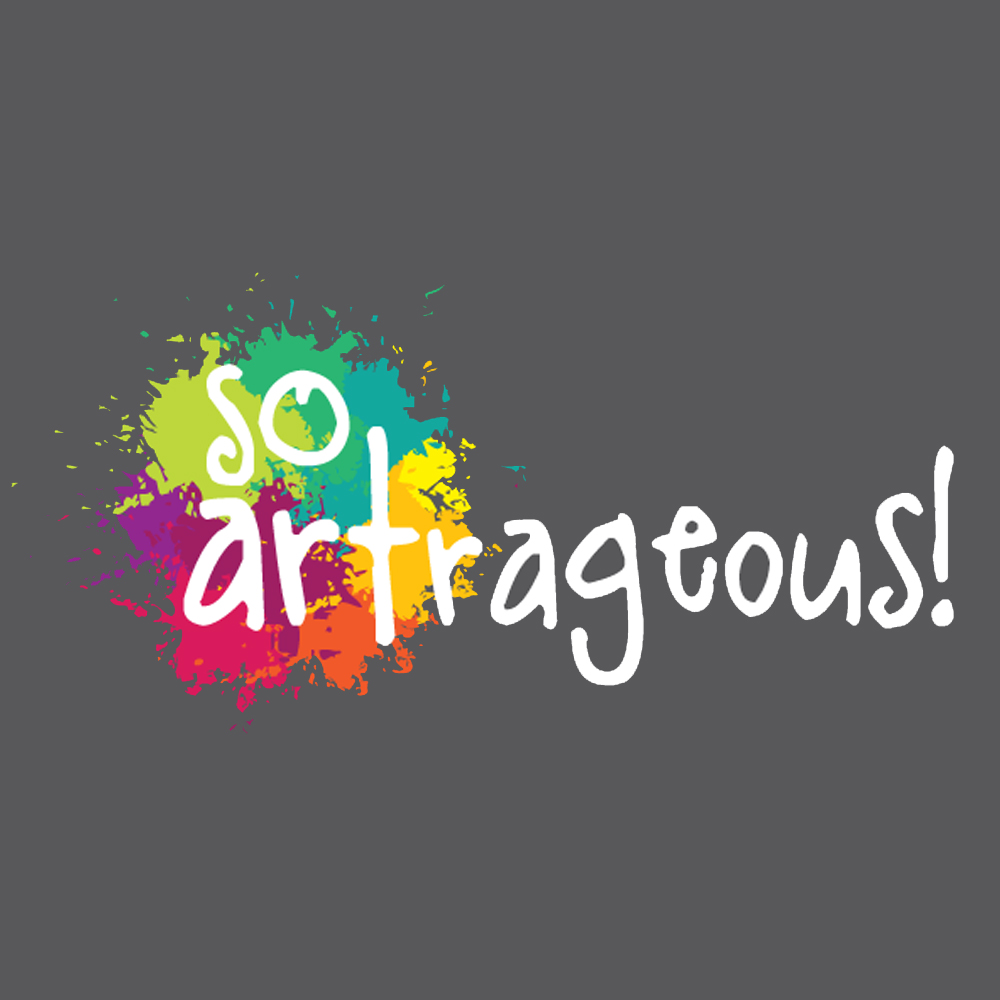 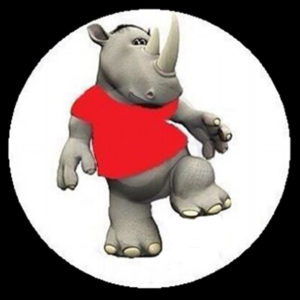 Every Tuesday from 6pm

The Abergavenny Rhinos Athletics Club meet at the Pavilion next to the bowls club at 6pm every Tuesday. 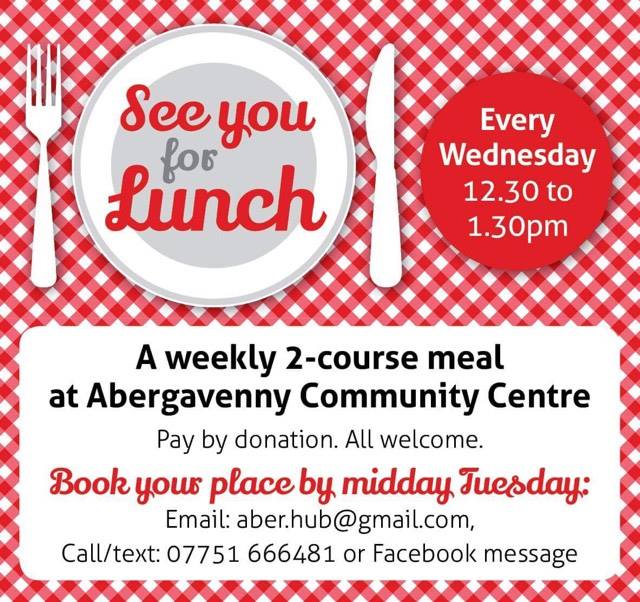 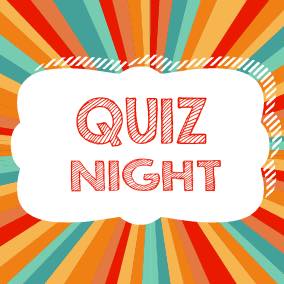 Quiz Night at the Station Hotel

Every Wednesday from 8.30pm

£8 per session. Book online at www.milittlepad.com 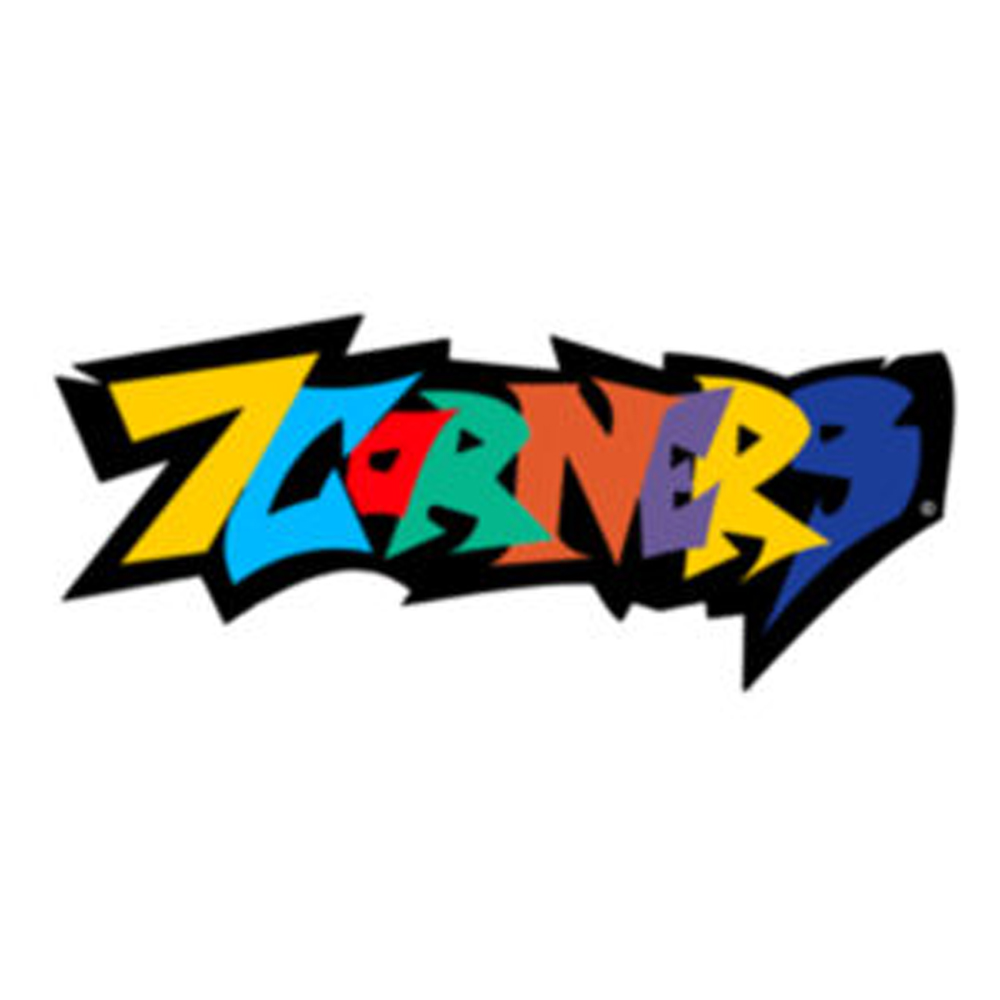 The 7 Corners Cafe hold a film night for young people every Friday. Be sure to check out their Facebook page on Friday for a cryptic clue of what will be shown. 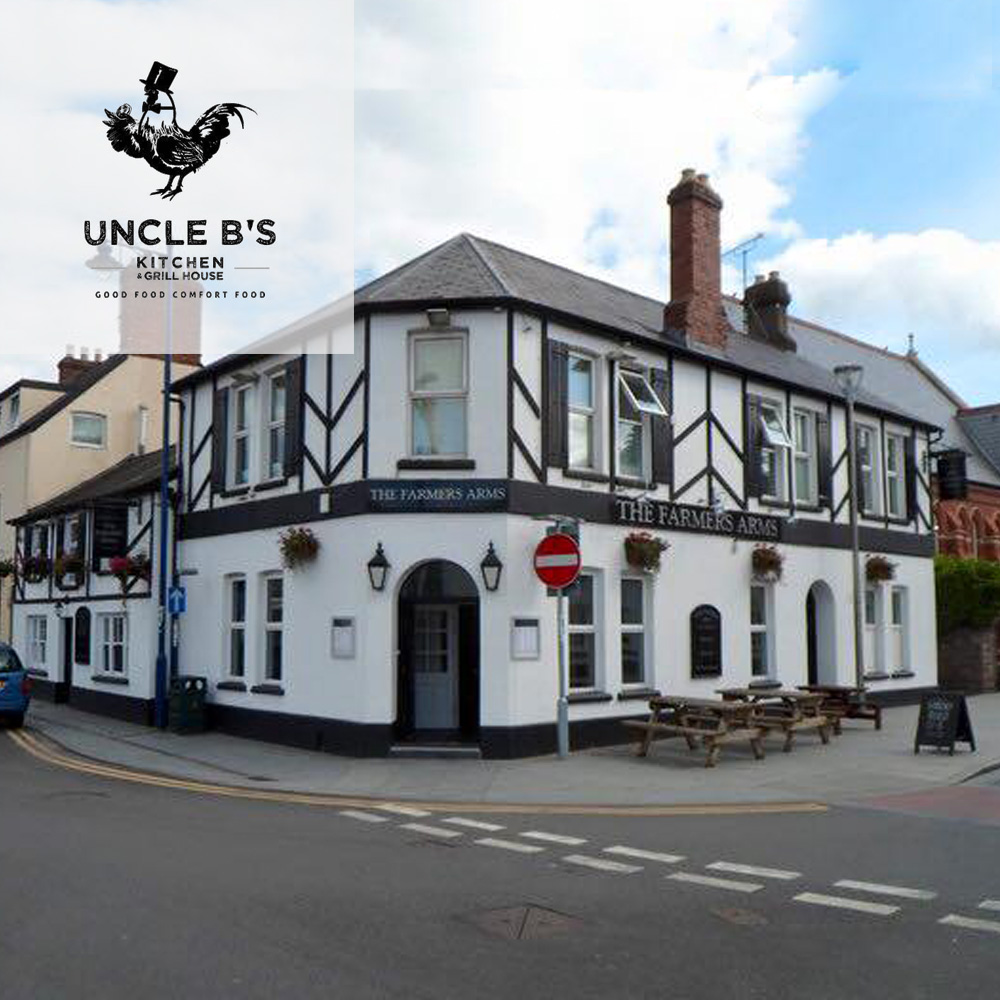 Open Mic at The Farmers Arms

Every Sunday 4:30pm and Thursday 8pm

Join the Farmers Arms every Sunday from 4.30pm for open mic. Head to the Grofield Pub every Sunday from 9pm to test your knowledge at their weekly quiz. 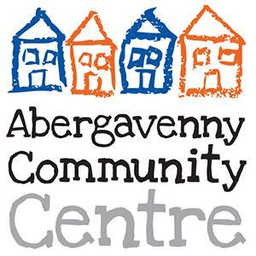 The community centre hosts an ever changing and growing series of activities every week day and Saturday.

They are based in the old Park Street School opposite the Somerset Arms. 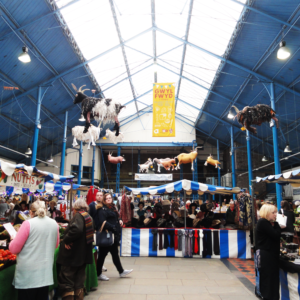 Markets in the Market Hall

The market is based in the heart of the town and is always busy.

The general market is held every Tuesday, Friday and Saturday from 9am-5pm.
The Bric-a-Brac antiques fair will be held Wednesdays.

For information, events and more in Abergavenny subscribe to our newsletter. You can also submit your own events here!