Welcome to our organisation spotlight on Suitcase Theatre Company. Suitcase is an amateur theatre group, based at the Melville Centre. It aims to stage at least two major performances per year, usually in the autumn and the early summer. The group was created at the start of 2014 and has so far presented the following productions:

• Lilies on the Land, a piece of documentary theatre about the Women’s Land Army in World War Two
• The Secret Agent, a dramatization of the novel by Joseph Conrad
• The Shakespeare Revue, a revue comprising sketches and songs on the subject of the Bard
• Henry V, William Shakespeare’s classic history play, in a collaborative production with Rareseed Theatre
• The Government Inspector, a new version of the comedy by Nikolai Gogol
• Picasso’s Women, by Brian McAvera, an exploration of the painter’s relationships
• Hard Times, a dramatization by Stephen Jeffrey of Dickens’ classic novel
• The Golden Pathway Annual, by John Harding and John Burrows, a comedy about growing up in the 1950s and 60s
• A Midsummer Night’s Dream, by William Shakespeare, performed in the ruins of Llanthony Priory

If you are interested in joining the group, contact William Gilbert (wegilbert@outlook.com). We are always happy to welcome new members who have an interest in creating theatre or who wish to get involved in backstage or technical theatre. 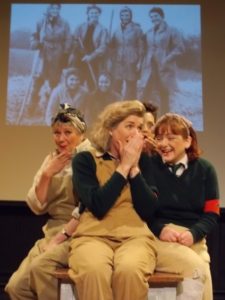 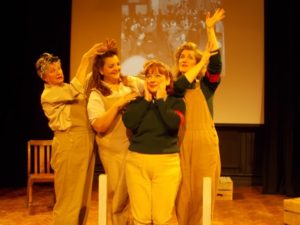 Lilies on the Land 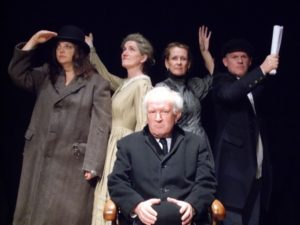 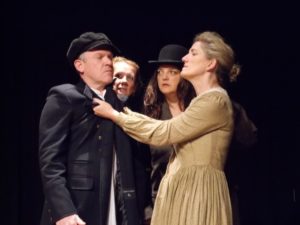 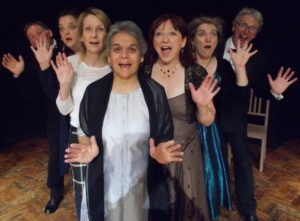 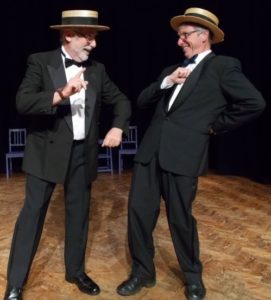 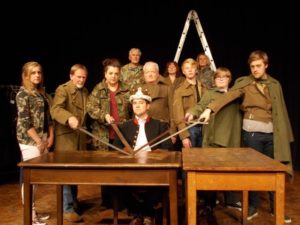 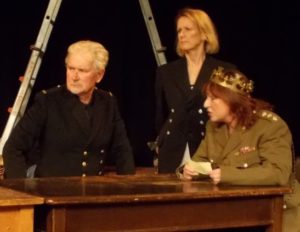 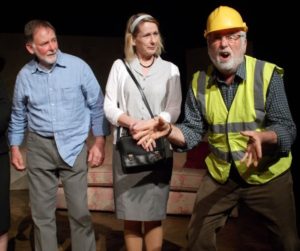 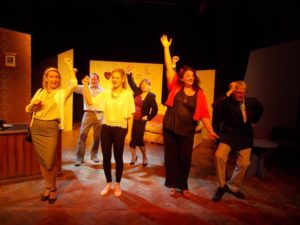 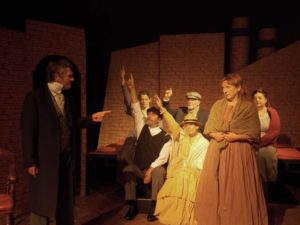 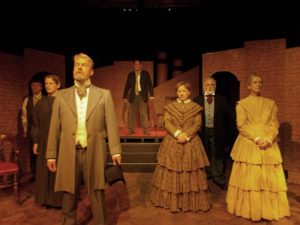 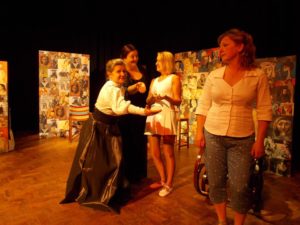 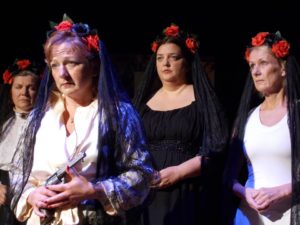 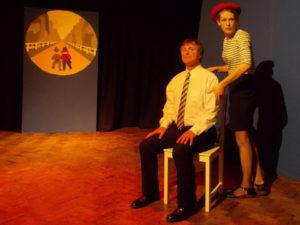 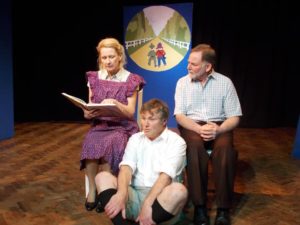