The Tuesday market in Abergavenny draws shoppers from miles around to buy bargains and many return on other days of the week for more opportunities such as the Wednesday flea market. Recently some official (officious?) pronouncement advised the elderly on how to walk on frozen pavements to avoid slipping and falling over: imitate the penguin which toddles by shuffling along, body bent forward and beak pointing downwards. This is an excellent description of my gait as I wander about the displays looking at eggs, bread, spices, jewellery and so much more, enjoying the bustling activity in the hall and the more open stalls at the back.

What I had not realised until recently is that the tradition of a market on a Tuesday in Abergavenny dates back to the Middle Ages. Towns had grown up around the castles imposed by the Norman Conquerors and these supplied goods and defence to the Marcher Lords who owned them. There was a chain of markets around South East Wales, a map of which may be found in the Gwent County Guide vol II. with Abergavenny being particularly well placed and on two circuits of travel: the northern comprising Grosmont, Crickhowell, Abergavenny, Monmouth and Ross and the southern encompassing Usk, Abergavenny, Tryleg and possibly Caerleon and Newport.

These tours were so organised that merchants could journey from one town to the next in 24 hours as the assigned market days were consecutive. This is known as the “trader model” and operated in sparser regions but another system called the “consumer model” allowed markets to be held on the same day in nearby settlements; this assumes that there was sufficient demand in each locality. It is likely that both systems operated in South East Wales.

The earliest reference to a Tuesday market in Abergavenny is in the mid-13th century when Lord Edward was in possession of the lordships of Abergavenny, Monmouth and the Three Castles (Grosmont, Skenfrith and White). Grosmont held its market on Mondays and Fridays, Abergavenny on Tuesdays which was the sole local market on that day, Monmouth on Wednesdays, Ross on Thursdays and Newent on Fridays. Distances were such that a merchant could travel to the neighbouring destination by dusk and set off next morning for another venue, replenishing his stocks at the Saturday markets held in port towns such as Gloucester.

The success of such trade depended on a structured organisation – and permission to hold markets and fairs was granted by the Marcher Lords (those powerful men placed strategically by William I to subdue the unruly Welsh) not by the King as in England although he might make grants. The Marcher Lords used the system to emphasise and underline their prestige and, although there was no one central authority, it was in their interests to influence development so that it worked for them and the consumers.

When you next pick up your delicious sausages and the fresh vegetables to go with them, perhaps indulging in a bargain necklace, it is worth pondering on the fact that you are doing just what people did 800 or more years ago. 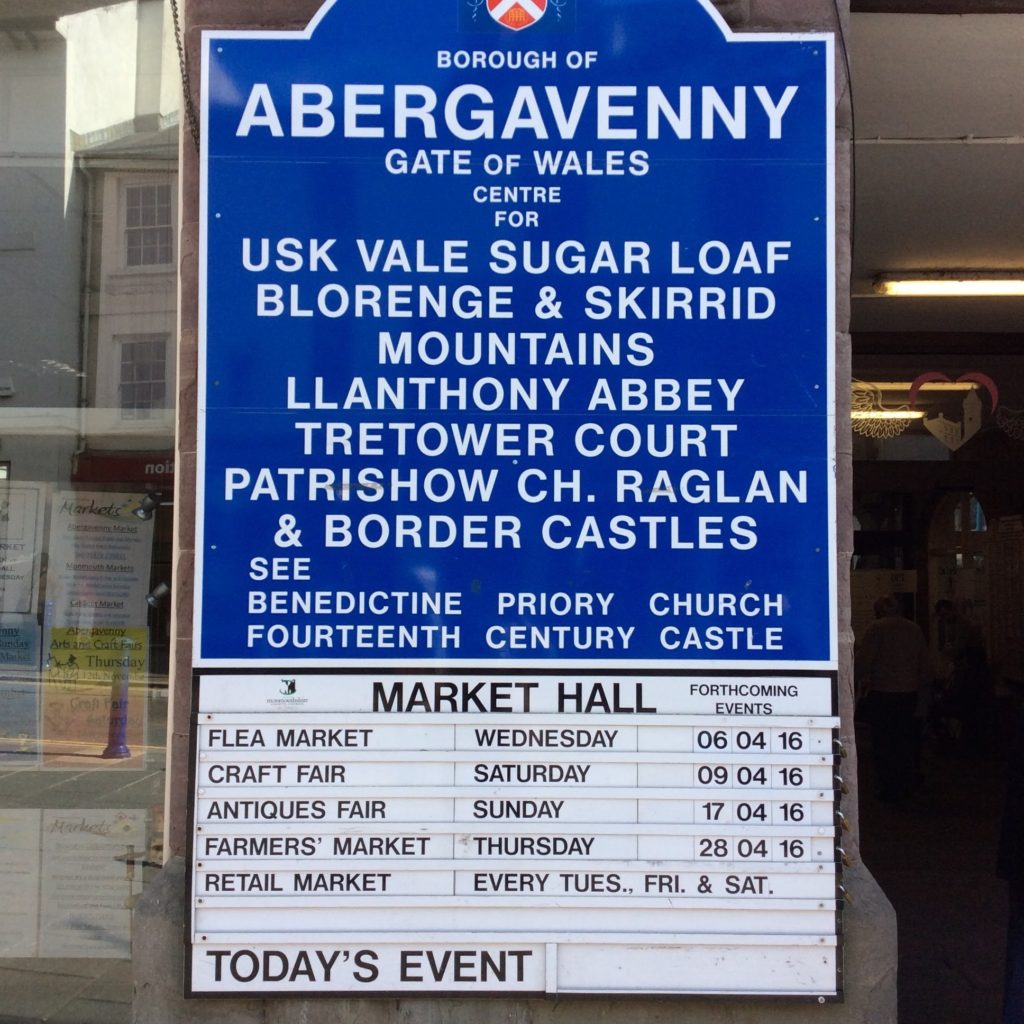