Monday 9th January saw the first round of the Rotary ‘Young Musician of the Year’ competition held at KHS. The musical talent of the young students was truly exceptional. Pictured are all who took part, the winners of each section, and the overall vocalist (Emily James) and overall instrumentalist (Cara Newsam) with Rotary Club President Patrick Foy.

Many thanks to the school for their support and Mr Hunt Head of Music, Paul Hornsby Adjudicator. Special thanks go to Rotarians Les Beckett and Anthony Davies for organising and hosting the event. 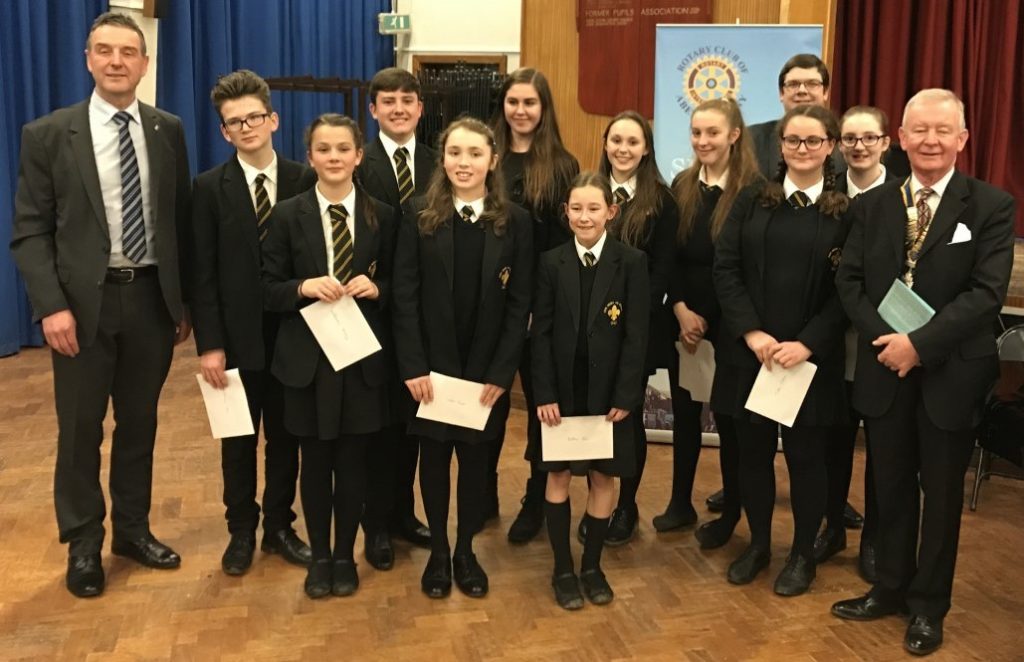 Jules then went on to win the area competition at Brecon on 1 February, pictured here on the right with Rotary Area Governor Christina Thorpe. Jules will go on to the regional competition and if successful there will eventually go to the national final at Lincoln.

The Intermediate Youth Speaks competition was held at KHS on 31 January. The event was really well supported by parents, teachers, Rotarians and partners alike. Many thanks to all the talented students who took part, the standard was extremely high, and a fabulous night was had by all. Pictured with Rotary President Patrick Foy above are all who took part and the winning team. Thanks to the adjudicators, time keeper, teachers and particularly Rotarian Anthony Davies for organising and hosting the event. 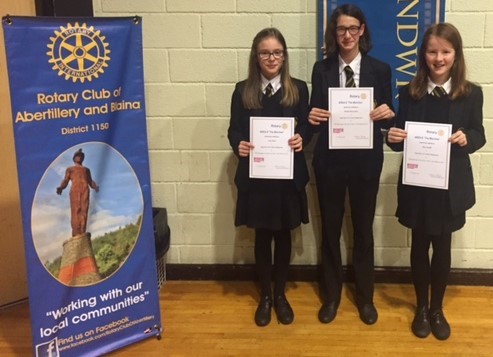 Above is the winning team that took part in the Area Final at Abertillery on Thursday 2 February, Lucy James (Speaker), Bethan Parry-Jones (Chair), Alice Neville (Vote of Thanks). They all gave an excellent performance and were rewarded with Bethan receiving best Chair and Alice best Vote of Thanks.