The last couple of days lead, molten mist, filling the moulds of field and valley. This dissipating murky blanket seemed the rightful material into which straddling pylons were planted by alien hands. Whenever I catch myself in a contradiction of the pylon aesthetic I am left, perhaps invariably, somewhat ambivalent as to their skeletal presence amidst this verdant land.

In recent years my one-time home is now the site of hundreds of wind turbines, the hills and mountain vistas changed forever or until such a time these white monsters will be dismantled for yet another technological advancement to replace the old. Again, I was never quite sure of my feelings let alone what logical argument I could muster in defence of the pure and unblemished. To my due, on long dog walks, I would often come within touching distance of these 90 metre white behemoths of clean energy (though some would argue otherwise). I was fascinated how their position in the landscape would change, my perception of them rather; and their colour too, from startling white to greys into blues, as cloud and light rolled over them. Then there was the distinctive noises they would give off, each of a different key, some that would squeak, some that hummed, some in the throes of agony, moaning at their servitude. It was transfixing to watch the huge blades rotate, languidly, effortlessly without as far I could discern the force of any wind. They turned like beasts of burden, all day without gratitude or as likely as not the opprobrium of many.

Stopping the car to take some photographs of Abergavenny’s pylons I had a similar nudge of interest to leap a fence and get closer. But one is reminded of the ‘dangers’ that accompany these structures, not least in the signage warning how much one’s day could be spoilt terribly if one was foolhardy enough to climb to get a better view of the next pylon along. Often animals are to be found as if sacrificed at the feet of Gods to ‘transmission engineering’, as the technical term has it. Swans apparently are particularly prone to fly into their sagging net cables or fatal arms of steel.

I’m sure there is a thrill to be had though by standing beneath these structures and to hear the intense noise released. This apparently is termed the ‘corona discharge’, an excited and sparking chemical reaction in moist air as nitrogen and oxygen particles split apart. Depending on the voltage of the cables it is possible to ignite a small electrical device held in one’s hand, above one’s head, drawing quite magically on the airborne currents of electricity.

Searching for a new light for our study a few months back I noticed how the latest trend was for old filament bulbs, the orange orchid antenna inside the orb harking back to electricity’s primitive past, way back in the 1950s. I’m sure that back then electricity was a marvel to the mind and how these trends in whatever fashion is predicated on reminding us of a nonpareil phenomenon now dimmed over the passage of time. We didn’t succumb, however, although the three lights we eventually bought, as round and large as lawn bowls were very pleasing to the eye especially when I managed to buck the duffer DIYer in me and actually wired them correctly to the ceiling. 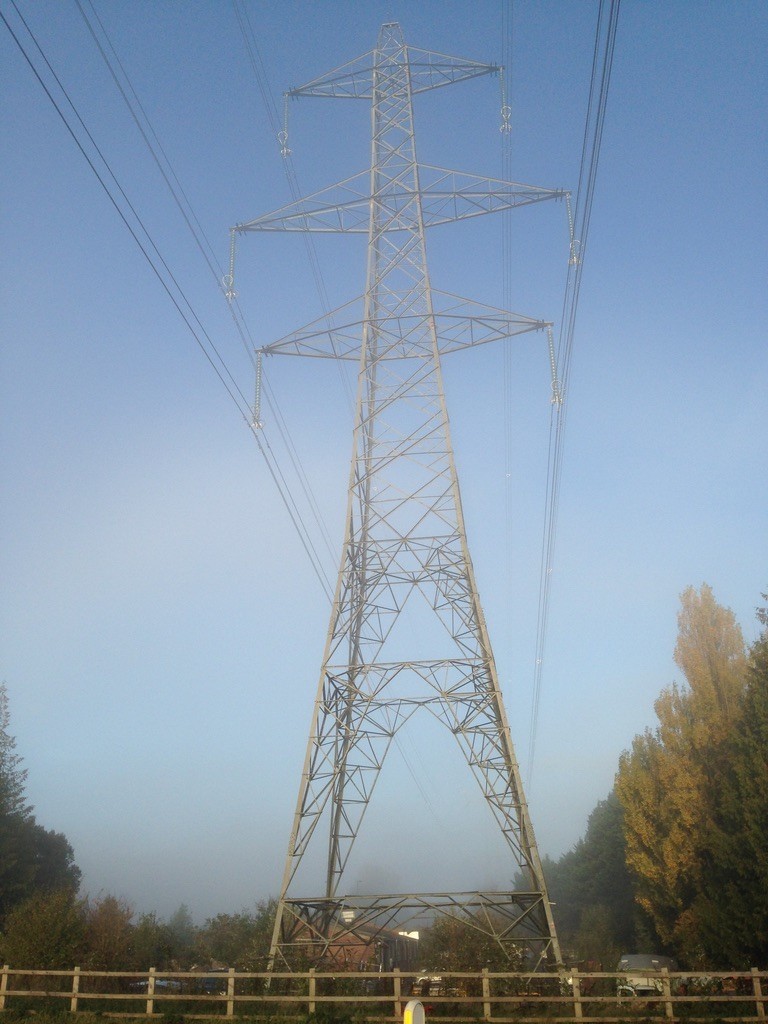 with the results. I wanted to know, suddenly, what voltage run through these cables, and that it was quite important for me to know. Why, you may ask? For one, each cable, thick or thin, is quite different in its interior content. If one were to cut a floral stem one will find a unique pattern particular to that flower, the same goes for any pylon cable and the reason why each cable is named so. It may well have been that above my head then the cable was a poppy, a seven-strand aluminium configuration; or it may have been a nineteen-strand laurel, a sixty-one strand marigold or even, though I suspected not, a whopping one-hundred and twenty-seven strand bluebonnet. I decided I would find out, hook or by crook and that evening made enquiries to The Pylon Appreciation Society. In actual fact, I think I may join the Society to add to my others…The Cloud Appreciation Society, The Roundabout Appreciation Society… 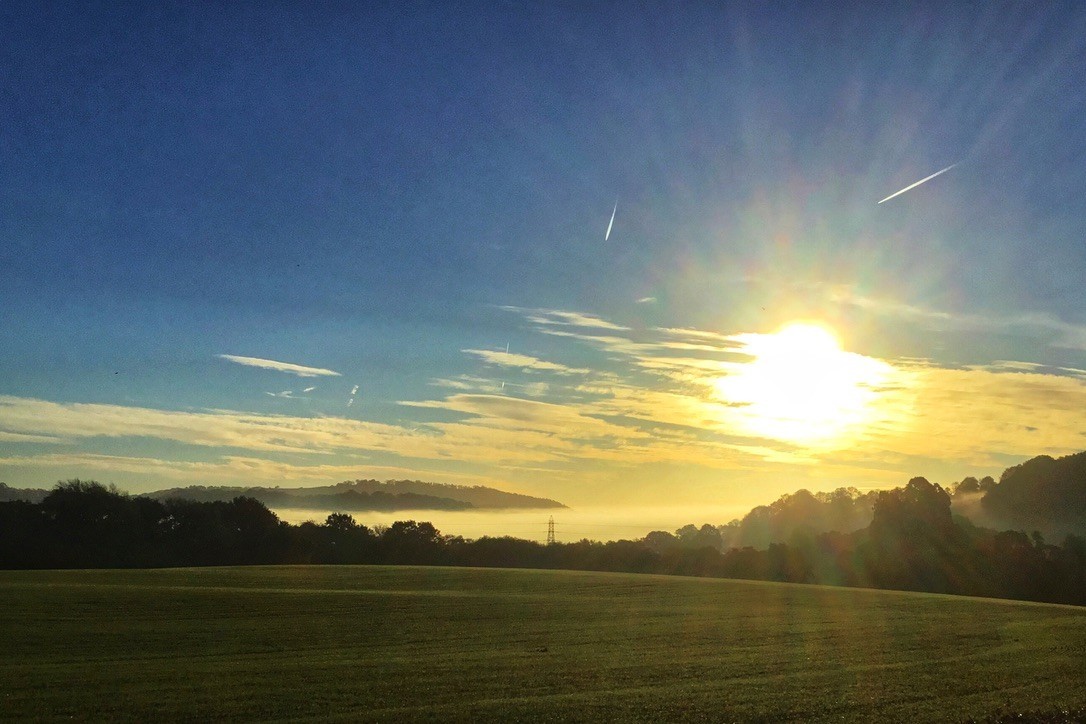